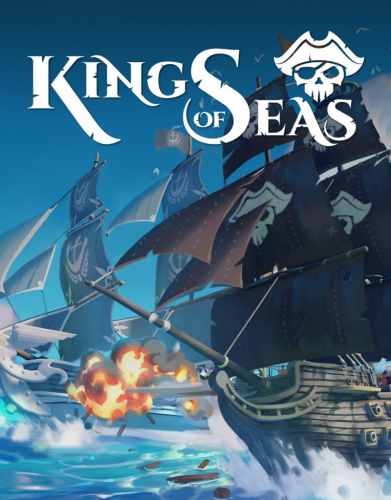 King of Seas is an ARPG adventure game set in a nautical pirate world. Become the most legendary pirate of all time as you embark on an epic adventure across the boundless and ominous sea. Discover lost islands and treasures, fight rival pirates and menacing monsters all in your bid to become king of the sea.

Shape your own adventure : Dive into a magnificent, nautical world. Complete quests to shape your journey and meet unique characters along the way. But be warned, the world around you will react and change depending on the actions you take. Naval routes will change and with each conquered settlement the difficulty adapts to make for a more challenging adventure.

Weather the storms : Changes in the weather can knock you off your sea legs. From thick fog to dangerous storms, sail at your own risk and watch out for the direction of the wind. You could be blown right into an enemy’s path if you don’t strategize well enough.

Customize your ship: Choose from five different types of highly customisable ships: The Sloop, Brig, Flute, Frigate and Galleon. With over 900 items available to collect and deck out your ship with you can create a battle-ready vessel that’s the envy of rival pirates.

Trade with other settlements: Each settlement produces their own unique products. Buy them at the lowest price possible and sell them to other settlements where they are in high demand. Line your pockets with gold and spend on improvements to your ship and on brand new skills.

Prepare for battle: You’re not alone out on the open ocean. Throughout your adventure you’ll face off in naval battles with monsters and rival pirates. Keep your wits about you and use strategy to win. Battle mechanics aren’t limited to blasting cannons, on your adventure you’ll acquire up to 20 different combat skills from flamethrowers to voodoo rituals. Each battle you win will raise the bounty on your head and you’ll be challenged by even more fearsome foes.

Explore the nautical world : There is so much to explore in the epic world of King of Seas. Discover secret maps hidden in the depths and excavate precious treasures. Go fishing and uncover as many as 30 varieties of fish living below the ocean surface. Complete special side missions and reap rewards that can help you on your adventure.

Game Support Channel - Install errors and solutions for all repackers